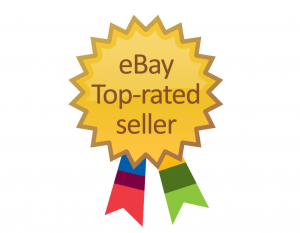 Recently we’ve been selling a few things on eBay, nearly all inherited from or given to me over the years by my dear old late Dad, an antiquarian book dealer and avid auction goer who bought lots, sold little and hoarded everything.

When I say selling, my wife has been doing the hard slog of inputting all the entries and wrapping up what’s sold, while I’ve been doing the easier parts of writing the blurb. Items have included books, old theatre posters, stamps and postcards.

Did I say easier? Well, I thought it was, until we came up against the problem of some items not selling. So I did what any self-respecting copywriter would do and did some research. And really, it’s like any direct marketing. Picking the right niches was important. So was setting the right minimal price, obviously. But so too was timing.

With email marketing or direct response copywriting, you generally want to avoid your email or envelope arriving on Mondays (too much to do, too depressing) or Fridays (winding down for the weekend). Well, it’s the same with eBay – except you want your auction to finish on an evening or at a weekend (Sunday afternoon is perfect). That’s when people are receptive to looking at eBay auctions.

Then there’s the wording. An eBay headline should be part email headline and part optimised website headline. In other words it needs to be short enough to be seen, but must also contain the right search terms.

The copy itself is vital too. Don’t even think of overselling or being dishonest. It’s not just wrong, it’ll come back to bite you.

Get a few search terms in there as well – some eBay searches will cover complete listings, not just words in headlines.

Use interesting information. With some of the old postcards and theatre posters, I’ve taken a few minutes to research them and it pays off. The occasional bit of wit doesn’t hurt either.

Think local. I soon found that people didn’t just want theatre posters because they were theatre aficionados, they wanted them because they were for theatres in their home city. So I adjusted the copy accordingly.

It’s certainly a learning curve. And like all half decent copywriters, I’m still learning.

Freelance Copywriter in London, UK
View all posts by Peter →
This entry was posted in Copywriting Blog and tagged copywriting for eBay. Bookmark the permalink.