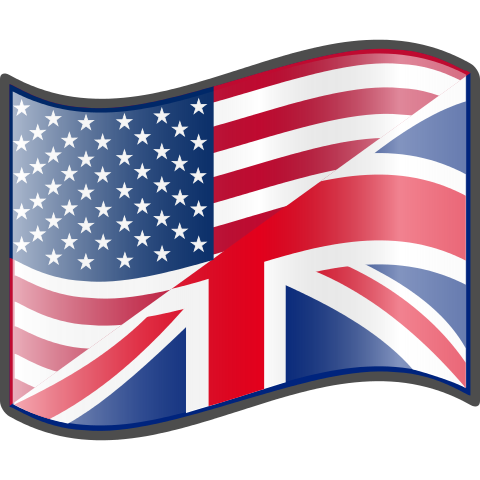 Most people know the phrase about America and Britain being divided by a common language, whether it was originally coined by George Bernard Shaw, Oscar Wilde or our old friend Anonymous.

It suddenly struck me recently when I was watching a film (movie/picture/what have you) that we’re actually pretty divided when it comes to unspoken communication as well.

The film in question was American Sniper, and if you’re waiting to see it and don’t want to know the ending, stop reading.

Now, the experiences of combat, patriotism and stress are expressed in somewhat different ways by the British, Americans and other nationalities, but you can still identify some common themes and reactions, and this is borne out by the bulk of what was screened. It was the ending, however, which struck me. The film is based on a true story of an American sniper who served in Iraq, and I was unaware of what eventually happened to him.

The hero is back from his various tours of Iraq and at home with his wife and young kids. Suddenly, a date appears on screen.

Oh-oh. That’s movie shorthand for something significant – almost certainly terrible – about to happen.

Just after the date appears he starts larking around with an old fashioned six shooter pistol. He waves it around and points it at his wife as if to shoot her. He’s not angry or upset, he’s goofing around. She’s not angry either, quite the contrary, and doesn’t even flinch when the gun is pointed at her. He even cocks it at one point. His kids are also around. Oh no, he’s going to shoot her or himself or one of the kids by accident. But phew, no he doesn’t.

He then goes out, leaving the gun, still cocked, on top of a cupboard. Oh no, one of the kids is going to get hold of it and start playing with it and shoot someone.

But again no. Nothing happens. He just leaves the house and we see another caption on the screen. It turns out that he met someone that day he was meant to be helping and this person shoots him dead. And that’s it. The end.

To many if not most Americans that’s all that counts – he dies, off-screen, killed by someone he’s trying to help. Yes, it’s an ironic and abrupt ending.

But to the average British person, like me, what’s shocking is the previous two minutes or so. This idiot has been playing with a real gun like it’s a toy. I’ve been shooting in the past, and one thing that is drummed into you is that, loaded or unloaded, you never point a gun at anyone, you don’t play with it or leave it around for children to get hold of. But he’s simply not bothered, and nor is his wife.

Presumably though, this behaviour is just standard practice in the States. In fact I’ve seen enough Hollywood movies to know that it is everyday behaviour. I also Googled other reviews of the movie and no-one else seems to pick up on  this. The only point the director Clint Eastwood was making that here, as far as I can tell, was that the hero (after a bit of post-traumatic stress, difficulty in re-connecting with the family etc) was completely back to normal. Except that normal, to British eyes, does not involve playing around with guns.

Of course, the various themes and rights and wrongs of the film (and it is a great action movie), the Iraq war, the role of a sniper and so on is another different story. But for me the most eye-opening moment was that final couple of minutes.

For more on language differences and marketing to overseas audiences, please see my International Copywriting page