Advertising lookalikes, plagiarism and rip-offs – there’s nothing new under the sun

Here’s an interesting site (though for a professional copywriter a slightly depressing one). – Joe La Pompe

It shows great advertising ideas that have then been reproduced a few years later (or sometimes just a few months down the line)  for another client by another agency.

Now, no advertising copywriter or art director worth their salt would knowingly copy someone else’s work. Rip off film scenes and the like, maybe, but not simply directly copy another ad. It’s highly embarrassing for one thing. But there they are, ad after ad, side by side, essentially the same idea running a few years apart. And the ‘less original’ one in many cases has been produced by highly respected agencies.

Here’s one recent example that the site highlighted, with the same idea for a press ad re-used not once but twice, and in two different countries. 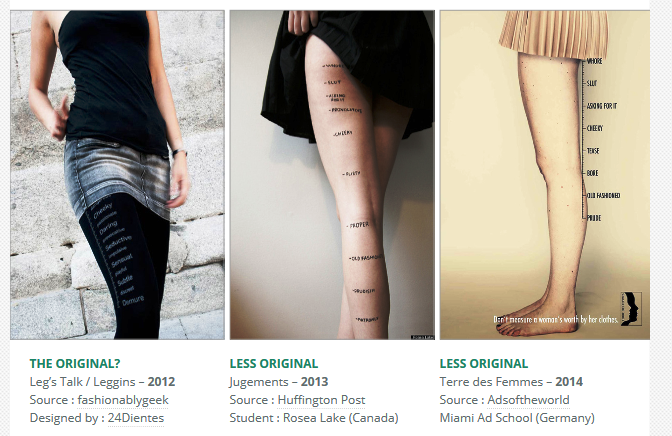 Occasionally, lookalikes get reported in the advertising trade press. I remember reading an angry letter in Campaign magazine about a commercial made from using recycled clips. The writer complained that she had created the exact same commercial fifteen years or so earlier, right down to the using the same line. There was the usual huffiness about how many awards it had won, how high profile it was and how ‘flattered’ she was that her idea ‘recycled’ (geddit?). The implication clearly being that someone had seen her ad and simply decided to copy it. But I’d be very surprised if someone, somewhere hadn’t run the same idea even earlier.

All it really shows is that there’s nothing new under the sun. There are thousands of agencies worldwide producing campaigns for tens of thousands of clients over decades and decades. All, generally, have to convey one of a limited number of messages – this product or service is easier/quicker/faster/smarter/cheaper/greener and so on. You’re inevitably going to get the same ideas occurring over and over again, And no-one can possible follow what everyone else is doing all of the time. So lookalikes are a fact of life.

In fact someone, somewhere has probably already made this exact same point in their own blog…

For some (hopefully original) creative copywriting, please get in touch

Freelance Copywriter in London, UK
View all posts by Peter →
This entry was posted in Advertising copywriting and tagged advertising lookalikes. Bookmark the permalink.