Is your copywriting bent? 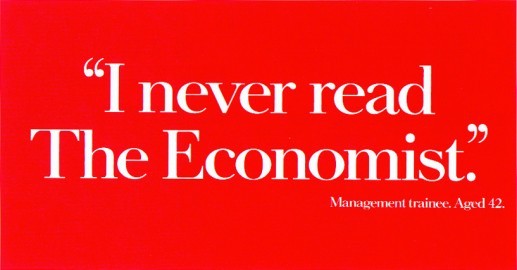 As a follow-up to my earlier entry about whether copywriting should be clever, this post takes a closer look at what makes a clever ad, what makes a dull one, and what makes a largely incomprehensible one.

The best print ads are normally those where the headline and the picture work in harmony, together communicating the intended message in a memorable way, and where neither element would really do the job in isolation. Usually these consist of a straight headline and a bent visual, or a bent headline and a straight visual, where ‘straight’ means straight-forward, and ‘bent’ means striking or unusual.

Many famous campaigns feature straight lines and bent visuals. The ‘Probably the best lager in the world’ campaign for Carlsberg, for instance, or ‘If only everything was as reliable as a Volkswagen’.  Great lines, but neither would get very far without the striking visuals that accompany them.

Others will have bent lines and straight visuals, or even no visuals at all to speak of – such as the Economist campaign. (In the example shown above, you have a classic example of a ‘bent’ headline – although it’s the second part – “Management Trainee. Age 42.” which is the bent part, here acting almost as a visual. Any actual image or body copy here would be extraneous.)

What of course you don’t want is a straight line with a straight visual, which is likely to lead to a very straight ad – i.e. uninteresting. And a bent line with a bent visual commonly signifies that the creators are trying too hard to be clever – and failing to communicate effectively.

So it’s generally worth keeping your headlines bent – unless your visual is too.

For a few more ‘bent’ examples, please my advertising copywriter page, and if you’re looking for a freelance writer, please contact me

Freelance Copywriter in London, UK
View all posts by Peter →
This entry was posted in Copywriting Blog and tagged creative advertising. Bookmark the permalink.